A Curriculum for Success

A 9-year-old malnourished girl remains addicted to crack and prostitutes herself to foreigners.  A 13-year-old boy chooses a life of drugs and violence in lieu of staying at home to be sexually abused. A 12-year-old girl is placed in an orphanage, returned home, assaulted by mom’s live in boyfriend, and returned to orphan care. These are just a few of the stories behind children worldwide who are placed in full-time institutionalized care as social violence, child abuse and general instability increase across the globe. The need for full care residential facilities, otherwise known as orphanages, is rising globally. 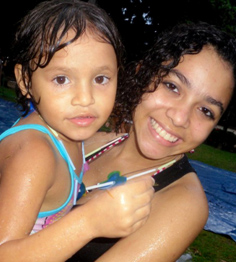 Many of these orphanages push youth into independent living, also known as aging-out, between ages 14 and 16, with caregivers stating that youth at this age can start making their own decisions, can enter the work force or are culturally considered adults. Upon further investigation, it appears emergent and third world orphanages often age out youth due to them being perceived as rebellious, disruptive and a bad influence on younger children. Untrained caregivers are not prepared to deal with the intricacies of youth development. Yet, there is an answer. 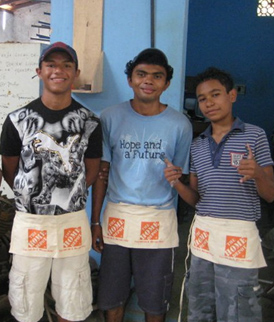 To address this problem, Paige Anderson, former Youth Development Coordinator of the Davis Lar Children’s Home in Fortaleza, Brazil, created Operation Phoenix. Operation Phoenix, a ten week/two hour per week intervention, has been modeled after Family Solutions, a multiple family group program for at risk children developed by Dr. William Quinn (2004). Operation Phoenix is intended to directly affect individual, relational (caregiver) and contextual resilience in institutionalized children providing a structure through which these children can succeed as adults. Lessons address anger management, decision-making, goal setting, cooperation, education, and many other areas that encourage healthy development. All lessons are backed by a Biblical foundation.

Operation Phoenix has statistically been proven to improve resilience in youth at the Davis Lar. The final goal is to provide this curriculum to orphanages throughout the emergent and third world.

Responses of children and administration AFTER Operation Phoenix:

“In countries where adoption and foster care are culturally unacceptable and logistically unrealistic, it is possible to create humane social environments for large numbers of children that will foster their emotional well-being and cognitive development, even when material resources are very limited and child development experts are in short supply.” (Wolff and Fesseha, 1998, p. 1323-4).

We, at the Davis Lar, are intentional! In addition to Operation Phoenix, house mom training is ongoing. Child development and care giving techniques are constantly developed and discussed at the Davis Lar.